Happy Tuesday guys and gals! It is a gorgeous sunny day outside, and there is a strong breeze blowing all the remnants of Winter out of the trees!

It was another busy weekend for me, as I repainted the bathroom. I never thought such a small room would take so much work! It took twice as long as repainting the whole living room lol. I do not have pics yet, because I still have some minor cosmetic work to do in there, like panting the cabinet under the sink and getting a new shower curtain and window curtain, but as soon as I do I will post pics.

I have Jack 5 color choices to choose from, 3 lavender shades and 2 blue shades. Since the room is small, I chose lighter shades. Well he chose purple, which I knew he would, as it is his favorite color, and to be honest, he spends WAY more time in there than anyone else in the house, so that was a given lol.

The problem was, the color he came home with was WAY to dark. It reminded me of grape flavored bubble yum bubble gum. Remember that stuff? Yeah.

At first I was like ok, I will just mix it with some white that we have and lighten it up to the shade I want. But I wanted to see what the color would look like alone so I went ahead and painted it in the original color. Jack loved it, I hated it. Not to mention it took a lot of work because there were a lot of tight spaces I could not fit a roller in, so I had to do it with a paintbrush. Not that I minded, painting is in my blood, but let me tell you, I never want to be that close to my toilet again, ever! I left it alone the first night, and let it dry. Jack spackled a couple of holes we found in the walls UNDER the wallpaper we tore out, ( shakes fist at lazy landlord ) and after those were dry I painted over that.

The next day I decided I still hated it, and later that night I got some of my white paint out and proceeded to sponge paint white over the purple.THAT was an arm breaking task let me tell you! I was using a square sponge ( it was all I had ) so you can see outlines of the tops of the square, but in the end it gave it a stone look, with a slightly geometric pattern in it. It takes a little getting used to, but I have decided I love it! Everyone else I know will probably think it is ugly as hell but I like it and Jack likes it so it is all good.

I painted a copper shelf we have had forever with a thin coat of white, which gave it a sort of antique, slightly distressed look, and I love that too. I put Jack on ceiling and trim duty because my arms were shot after two days of painting lol. In the end I really like it, and will like it even more when we replace the curtains and I get the cabinet painted, and hang some artwork on the walls. The tile needs to be replaced, but it does in the kitchen and washer/dryer alcove as well, so that will come last.

I have to say, the best part was getting it all put back together. I was irritated with Jack all week, which is the first time that has happened in a whole YEAR, because he decides to start tearing the wallpaper out and making a huge mess of the bathroom on Wednesday of last week, KNOWING that no repair work or painting could take place until Friday when he got paid, so for days my bathroom products were all over the place, all over the washer and dryer, stuffed to bursting point under the bathroom cabinet, I even had stuff in my bedroom. I could not wash clothes for days. I was fit to be tied for days because I hate that stuff! I have weird OCD moments, and having my stuff scattered all over the house makes me twitch. So I was in a royal snit with him for a few days lol.

I spent the later part of Sunday afternoon putting stuff back where it belongs and cleaning, which was a chore and a half lol. I was exhausted by Sunday night and was very happy to fall into bed!

This coming week ( well, what is left of the week ) I am probably going to start on either the kitchen or Alex's room. We already have the paint for both those rooms. They are both pretty involved and are about the same amount of work, so it is just a matter of what to do first lol.

I guess that is about it, like I said, when I get the room totally done ( except the floor ) I will post some pics and show it off!

Have a wonderful week everyone! 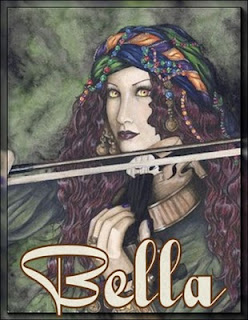