Good Friday afternoon everyone. It has been a hectic week here in the House of Wolf. Alex and I have been sick. She is better, I am a little better. Jack is having a really tough week pain wise, in fact he just fell a few minutes ago, into my desk, causing all my hardcover books and a statue to fall on me, so I was buried and hurting and trying to get up to get to him. So, since books always make me feel better, how about some free ones for you? 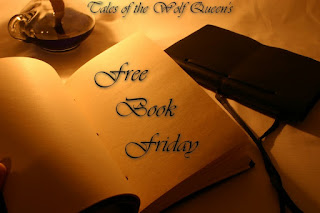 **All descriptions are taken from Amazon and not my own words**

A tale of family secrets and sisterly bonds set against the unlikely friendship of two remarkable women: Stella Nightingale, a twenty-one-year-old runaway from a broken home, and Alice Montclair Whittington, a ninety-four-year-old Southern grande dame with a dry sense of humor, a wicked tongue, and an illustrious but mysterious past.

The last thing twenty-one-year-old Stella Nightingale wants is a job as a caregiver for wealthy Alice Montclair Whittington. Alice, a ninety-four-year-old Southern grande dame with a dry sense of humor and a wicked tongue, has already run off a long line of caregivers. But Stella, a former runaway from a broken home who’s only recently begun to put her life back together, is desperate for work. And she figures she can handle Alice.
But strange things are happening at Alice’s rambling mountaintop estate. As an unlikely friendship develops between the two women, Alice, whose memory comes and goes, begins to reveal long-ago tales of her illustrious past, tales that pose more questions than they answer. Who is her mysterious sister, Laura? Why won’t Alice and her sister, Adeline, ever speak of her? And why are the other caregivers afraid to go down in the basement?
As Stella tries to separate fact from fiction in Alice’s life, she struggles to overcome her own devastating family secret, compelled by a deepening friendship that will change the lives of both women forever.

Craig Lockman--no one had called him that in fifteen years.

Not since his days at the Agency. Not since he was trained to kill creatures that were supposed to exist only in nightmares.

Yet the teenage girl on his doorstep not only knows his real name, she claims she's his daughter.

Before Lockman can learn how the girl found him, he's attacked by a black-ops team of assassins. But these aren't ordinary killers--they're heavily armed vampires sent by his most hated enemy.

Forced on the run, Lockman protects his daughter from an onslaught of horrors while searching for who betrayed him and why. The investigation leads him to Detroit, where he unwittingly sets a plan into motion that could trigger a paranormal apocalypse and cost him his soul.

Olivia Black just discovered that her ghost hand, a rare birth defect, can do more than light up a room. It can reach into people and pull things out. Things from the darkest depths of the human psyche never meant to exist in this world.

Olivia can pickpocket the soul.

But she can’t control her ability, or the strange items it extracts, and the only thing between Olivia and the men bent on taking the power of her hand is a boy she barely knows and doesn't trust.

"I could feel my chin falling towards my chest, my back hunching forward. My body was acting on its own, and my mind was empty, like all my memories had been erased. There was scenery behind my lids. Aqua colored water and powdery sand that extended for miles. I was never going back to coke. I wanted more heroin. And I wanted it now."

Leaving behind a nightmarish college experience, nineteen-year-old Nicole and her best friend Eric escape their home of Bangor, Maine to start a new life in Boston. Fragile and scared, Nicole desperately seeks a new beginning to help erase her past. But there is something besides freedom waiting for her in the shadows--a drug that will make every day a nightmare.

With one taste, the love that once flowed through Nicole's veins turns into cravings. Tracks mark the passing of time, and heroin's grip gets tighter. It holds her hand through deaths and prostitution, but her addiction keeps her in the darkness. When her family tries to strike a match to help light her way, Nicole must choose between a life she can hardly remember, or a love for heroin she'll never forget.

When everyone reads minds, a secret is a dangerous thing to keep.

Sixteen-year-old Kira Moore is a zero, someone who can't read thoughts or be read by others. Zeros are outcasts who can't be trusted, leaving her no chance with Raf, a regular mindreader and the best friend she secretly loves. When she accidentally controls Raf's mind and nearly kills him, Kira tries to hide her frightening new ability from her family and an increasingly suspicious Raf. But lies tangle around her, and she's dragged deep into a hidden underworld of mindjackers, where having to mind control everyone she loves is just the beginning of the deadly choices before her.

Wildflowers of Terezin is a sweeping historical novel set against a backdrop of danger. A Danish Lutheran pastor’s complacent faith is stretched to the breaking point during World War II when he meets a young Jewish nurse Hanne Abrahamsen and becomes deeply involved in Resistance efforts to save Denmark’s Jews from the Nazi prison camp at Terezin, Czechoslovakia—also known as Theresienstadt.

Challenged by his evangelical brother and swayed by his own attraction to Hanne, Pastor Steffen abandons his formerly quiet, uninvolved life and hesitantly volunteers to help smuggle Denmark’s Jews out of the country before a Nazi roundup. Steffen finds that helping his Jewish neighbors is the most decent, spiritual thing he has ever done. As he actually does God’s work, rather than just talking about it, Steffen’s faith deepens and he takes greater risks in his sermons.

When things go terribly wrong and Hanne is sent to Terezin, Steffen finds his heart fully engaged. He undertakes protests and rescues that are more and more dangerous, never imagining where it will lead him, or the ultimate cost of his decision to get directly involved.

Last, but certainly not least, the final book for today is one written by a friend of mine, Samantha Curtin. Aside from being a really great book, Sam has decided that she will donate the amount she WOULD have  received if we had  bought this book for full price to a cause that is important to her. That cause would be THON, which is a dance marathon at Penn State to benefit childhood cancer research. So not only are you getting a great book, for free, you will be helping children as well. So please, make sure you pick up the book below.

Deal with the Devil is a series of four short stories that follows The Family, a group of vampires on their quest to quench their thirst for blood. The series centers on Aer, the seductress and newest member of The Family, and her need to rid the world of the immoral while satisfying her love of carnage.

So there you have it! I hope you are able to pick all of these up, and come back and let me know how you liked  them! Have a great weekend!

Added half to Goodreads! It's rare to find someone with a similar taste in books...this is exciting.