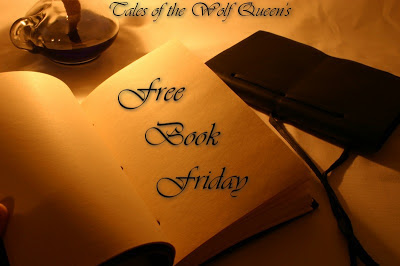 From time to time I will do Free Book Friday, which  are free titles on Amazon for the Kindle. You do not have to have an actual Kindle to read these. Simply go to this page and download a FREE reading app for your PC, Mac, Tablet or other device!

Just click each picture to be taken to the book page on Amazon!

*All text in between the **** marks is from the book descriptions at Amazon and not my own words.


"Sacred's not a word I've ever much liked. But maybe some things, and some places, just are. And maybe the Blue Hole was one of those things."

Shelby (nicknamed Turtle) never had any female friends. But when a mysterious girl from Sri Lanka moved to town in the summer of 1979, Turtle invites her to a secret haven: the Blue Hole. Turtle has no idea now much that simple gesture will affect the rest of her life, or the lives of those she loves.

In a time when America was technically well beyond the Civil Rights era, there were those in Turtle's small Appalachian town who rejected the presence of someone different. And in just one summer—in a collision of love, hate, jealousy, beauty, and a sacred, muddy swimming hole—nothing and everything changed.


Where does one begin the tale of An Ogham Wood? Perhaps with the Lady Ellidurydd who was born three thousand years ago in wooded Wales and fell in love with a stag of the forest. Or perhaps the tale should begin fifteen hundred years later with Dylan O’Shee, exiled prince of a lost Irish kingdom who had the gift of finding souls. Maybe it truly begins with the vanishing of the Hundred Horsemen, for it was then a band of wandering Celtic tinkers appeared with a vision to save the fading faerie folk of the West.

Aye, in any and all these places the tale could begin, and others too. For the lives of many, mortals and not, have been woven into the myth of the Ogham Wood. But let us begin it in the moment, in the last days of the Island of Manannan, with Sweyn deSauld, a man bereft of family, of hope, and even his right mind.


When pastry chef Jane Gray tries to sell her daughter's locket, she becomes the unlikely subject of a massive police hunt and fodder for London's tabloid press. Secrets unravel, lies are exposed, and the Duke of Rutledge demands custody of his niece.

Charming and handsome, the duke's brother Finn spends his leisure time between the sheets of London's most beautiful, wanton women. The seasoned rake is perplexed by his attraction to demure, virtuous Jane... definitely not his usual type. Finn soon learns there is more to Jane than meets the eye and he longs to possess the passionate woman hidden beneath her modest facade.

When publicity draws the attention of a madman from Jane's past, Finn enters London's dangerous underworld in a heart-stopping race to save her.

What's a young mage to do in a land where magic is illegal, and the penalty is death?

At the age of fourteen, Randall Miller is surprised to learn that he has the talent--for magic! Tricked into apprenticeship by a powerful Mage, Randall is forced to leave everything he knows behind.

When his mentor is killed by Aiden, head of the secret police, he flees for his life, stumbling from one misadventure into another. Teaming up with a trio of greedy traders and a capricious imp along the way, Randall must learn to master his budding power, or die at the hands of the Rooks!

Here is a look at the fascinating profiles of each of the 43 presidents, including the names of their pets! Sidebars are filled with fun and unusual information about our leaders-such as who appears on stamps and money-and "At a Glance" boxes provide birth date, political party, and other vital information, including that:

You'll also find a section on "The First Ladies"-short takes on all the presidents' wives. The book ends with a special feature that's just in time for the 2012 election: how a president gets elected. From the first presidential election to recent recounts, this chapter clearly explains to a young audience how we choose the next leader of our country.


Psyche Middleton has always been judged by her looks. When she meets a guy that can make himself invisible, she must decide if love is truly blind. He takes her a palace in an idyllic kingdom, but his affection has one condition—she may not see him.

Enchanted, intrigued and not wholeheartedly believing he’s real, she betrays his trust for a glimpse of his face, and ends up at the mercy of his controlling mother. Psyche must complete three impossible tasks to prove her love—or die trying.

When she was a child, the author of When Women Were Warriors happily identified with all the male heroes she read about in stories that began, "Once upon a time, a young man went out to seek his fortune." But she would have been delighted to discover even one story like that with a female protagonist. Since she never did find the story she was looking for all those years ago, she decided to write it.

In Book I of the trilogy, Tamras arrives in Merin’s house to begin her apprenticeship as a warrior, but her small stature causes many, including Tamras herself, to doubt that she will ever become a competent swordswoman. To make matters worse, the Lady Merin assigns her the position of companion, little more than a personal servant, to a woman who came to Merin’s house, seemingly out of nowhere, the previous winter, and this stranger wants nothing to do with Tamras.

Upon the passing of her beloved grandmother, Melody Bennet receives startling instructions that she is to take the ashes of Grandmama Giselle to southern Louisiana. Melody must step far outside her comfort zone in the suburbs of North Carolina to fulfill this dying wish.

She finds herself blindly navigating the exotic, sometimes hostile environs of New Orleans and Bear Bayou, and immersed in a subculture based on an ancient West African religion.

At this unexpected crossroad, she discovers new cultures and beliefs -- and new dangers -- and awakens to a new way of seeing the world and her role in it.

Melody learns that a different perspective can indeed change your perception of reality.

Sara Cross never knew that her great-grandfather was still alive until an evil creature sent by his enemies burns down their house and sends her family to seek refuge at his estate on the shores of Lake Superior in northern Minnesota.

Arriving in the small, isolated town of Shadow Bluffs in the valley below his estate, they find that they have stepped into a strange world filled with magic wielders, shape shifters, and the living dead. It is also home to the Moira Sisters, three dark wielders who want to use Sara and her family to steal from her great-grandfather a centuries-old chest containing a dangerous power.

Sara's family, already fragile after the disappearance of her father several years earlier, is brought to the breaking point as Sara, trying her best to hold her family together, sees them torn apart one-by-one by the strange creatures that inhabit the dangerous town.

When Sara learns that she too has an ability to wield magic, will it be enough combined with the developing talents of her two brothers to fight back against the Sisters? Can she rebuild what is left of her family and keep them together and, more importantly, alive?

An original full-length horror novel, not available in print, on sale for a limited time.

WELCOME TO THE RUSHMORE INN

The bed and breakfast was hidden in the hills of West Virginia. Wary guests wondered how it could stay in business at such a creepy, remote location. Especially with its bizarre, presidential decor and eccentric proprietor.

ONCE YOU CHECK IN...

When the event hotel for the national Iron Woman triathlon accidentally overbooked, competitor Maria was forced to stay at the Rushmore. But after checking into her room, she quickly realized she wasn't alone. First her suitcase wasn't where she put it. Then her cell phone was moved. Finally, she heard an odd creaking under the bed. Confusion quickly turned to fear, and fear to hysteria when she discovered the front door was barred and the windows were bricked over. There was no way out.

...YOU'LL BE DYING TO LEAVE

One year later, four new female athletes have become guests of the Inn. Will they escape the horrors within its walls? Or will they join the many others who have died there, in ways too terrible to imagine?


Stunning Portrait Photography - Posing and Lighting is everything you need to know to COMPLETELY master portrait photography!

PLUS it is easy to read - easy to understand and so well illustrated that even the greenest of rookies will understand!

Discover a story that reveals how to risk everything to be true to yourself. Trapped on a desolate arctic island, Liana is pushed to the edge and must face her elemental fears. It is a haunting tale of the biting physical toil survival often requires. Graham Wilson simultaneously strips down the American adventure novel while broadening its concerns to encompass themes of compassion and belonging. It is a universal tale told with a simplicity and directness rarely seen today. An Island Between Two Shores is an unforgettable story of hope and possibility.

Things Go Wrong For Me (when life hands you lemons, add vodka) is a memoir of sorts, a roadmap of Rodney Lacroix's haywire life thus far. From his childhood, through the raising of his own kids, to his vasectomy and post-divorce world ... this book is more than just a culmination of outrageous stories woven into a cohesive narrative, it’s a testament for the "little guy."

But even though he’s small in stature, his stories and the laughs that accompany them are definitely BIG.

There's no doubt, if you enjoy snorting milk through your nose, and you're drinking milk right now ... you're going to love this book.


So there you have it! I hope you enjoy these free titles! Have a great weekend everyone!

Email ThisBlogThis!Share to TwitterShare to FacebookShare to Pinterest
Tags: A Touch of Magic, An island between two shores, An Ogham Wood, Blue Hole, Endurance, free book friday, Grimm End, Painted Blind, The book of Obeah, The Promise, When women were warriors