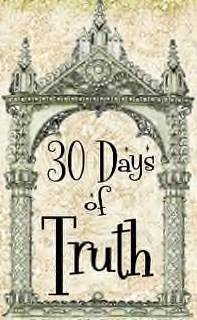 Day 4 : Something I have to forgive someone else for....


This one is tricky. I am quick to forgive, but I never forget.

I have to forgive my parents for the choices they made. They raised me the best way they knew how, and the things they did later in my life, while not exactly nice, they did because they were trying to raise MY two the best way they knew how. I know that they have hoped for years that I would get my act together and take responsibility for my life instead of just reacting to whatever happened to me at the time. It has taken a long time, but I finally get it. I finally understand why things happened the way they did, why my parents did the things they did. I have to forgive them for all of that just the same way I have to forgive myself for the same reasons.

I have to forgive Jack for some choices that he made a couple of years ago that almost tore our family apart.
( No he did not cheat on me..) We were going through a really bad spot ( I am also happy to say we have not had anything other than a minor tiff in almost 3 years ) and he chose to hang out with some people that tried to persuade him to do some stupid things. Luckily his love for me and for Alex and the life we have made him come to his senses before it was to late, but I still have that gut wrenching fear from time to time that it will happen again. He has gone out of his way in the last three years to prove that it is me he loves and has done his best to make up for the hurt we went through....but I still hang on to that at times..and I need to let it go and truly forgive him.


There are other minor things I probably need to forgive some people for, but as it does not really affect my life anymore, they do not come to mind. The two above are the major ones.
Written By Unknown on Friday, November 12, 2010

Email ThisBlogThis!Share to TwitterShare to FacebookShare to Pinterest
Tags: 30 Posts of Truth