I am tired folks. Flat out tired. It has been a long week...month...Summer...year. This whole year has been one gigantic crapfest and I am just tired to my core. There have been a few bright moments, and I am very thankful for them, but unfortunately there is not enough good to offset the bad these days.

Take just the last week for starters. Rain. Never. Ending. Rain. It has been raining every single day, 75% of the day, for two months. No exaggeration. All day rain. I feel like I am molding. Friday night Alex and I were up and the power kept surging. I was not surprised..because it was RAINING and our power goes out all the freaking time in the rain. It did this for about 15 minutes and then seemed to regulate. So we went to bed shortly thereafter. Jack woke me up at 8 on Saturday because it was doing it again, and the surging was so bad we were afraid for our electronics and the lights, and they were all bright as the sun. So we killed the main breaker and called the power company. They came out and determined that our main breaker outside was fried. So we called the landlord, as it is his responsibility to fix these things. Of course, it was a weekend and he is cheap and does not want to pay weekend service charges, so he gave us some bullshit story about nothing being open and he could do nothing until Monday. So I called my Mom and she was kind enough to let us come stay the weekend with her, and we would just bring Alex to the bus stop Monday morning and then come to the house and wait for the electrician, which was supposed to be here first thing in the morning. We did that, and came home and waited. The old guy finally shows up and says "Yep, the breaker is fried." ( No shit Sherlock, we already TOLD you that. ) So he says he has to go get the breaker as he did not have one like that on hand, and would be back in a couple of hours. 6 hours later he calls and says he has it but it is pouring ( as usual ) and he can not fix it in the rain, so he would be over first thing the next morning. So I call Mom and ask if we can stay one more night and she agrees.

So we pack up and head back over there. I will not go into details, but later, we all got into a wicked fight over some one else's lies and a mistake on Jack's part, and we ended up having to leave, to come home to a house with no power and no way to eat and no way to get Alex up the next morning. I was very unhappy. Other things happened, which are personal , but I was heartbroken and sick with all the stress and drama, and I got a wicked migraine that almost sent me to the hospital it was so bad. Jack ended up staying up half the night so Alex would get up on time, and he got her up and off to school. He had to take her to school because the bus never showed. We found out later the bus had a headlight out and was being fixed. Nice of them to call and let us know. I was still in bed, my head was pounding and I could hardly stand.

He gets home around 9 and the landlord calls and says the guy will be out there soon. 2 hours go by, and it was starting to get dark and I knew it was about to rain. Two not so nice calls by me to the landlord later ( I never get mouthy with these people, but I have just had enough of everybody and their bullshit, by law he has to provide us with power ( as long as we pay the bill of course ) and it had been four days and I had to spend the night there with a 7 year old with no way to eat or anything, as our stuff is electric and it was pouring so we could not cook outside, so I was just beyond fed up. It starts raining, and with each drop I get angrier and angrier. I call the landlord back and I told him I do not care if the guy has to come out with an umbrella and some rubber ducks, but he needs to get my power back on NOW. 20 minutes later the electrician shows up, puts the breaker in and finds out that did not solve the issue. So now we were facing a house wiring issue. I was near tears by this point. An hour and much tracking of mud all over my friggen house later, the guy finds out that when that moron who came over to put our new phone lines in, also managed to not only break our water pipes in two places, in addition to cutting every single other phone line in the neighborhood and having to come back and repair them, he ALSO managed to cut the ground wire leading from the meter box to our house. So un-grounded power was surging through our home. I thought I was going to have a stroke. Luckily the electrician ran us a temp line from the box to the house, above ground, and is supposed to come back out Thursday to bury the wire once he gets the proper machine to do so, and that will be fixed. So at least we have power back. Then came the fun of my landlord screaming at me to get him the name of the jerk who cut it, since he was going to make him pay the 1300 dollars it is taking to get us back up and running. Lots of fun.

Add to that we are beyond broke, the only reason we have food in the house is because my Mom cleaned out her freezers and gave us the stuff so we would not starve, the truck needs a fuel pump and only works half the time, leaving us sitting on the side of the road more than once, the doctors are dragging their feet with Jack, family issues, stress after stress and I have had just about as much as I can take. I have migraines daily, and I told Jack that I was going to end up either dying from a heart attack or my brain would explode from the migraines. The family issues also screwed up a 20 year friendship with Jack and one of his oldest friends, and all because some ego tripping power complex having asshole decided to tell three different sets of lies to three different people, resulting in a lot of heartache, broken relationships, and loss of time and money, and us having to pay money we do not have for something we had nothing to do with. All I can say is that man better hope I never lay eyes on him again.

I may gripe every now and then, but this is a hole I just can not seem to drag myself out of. I do not know what to do, or where to turn, or how to fix it. I am a positive ( albeit realistic ) thinker, but this...I am not finding much to be positive in my life right now. I know that eventually things will turn around, but this year, and most of last year, have been terrible, and I can no longer see the light up ahead, guiding me on my way, and the batteries in my flashlight are dead.

I am tired of tripping over rocks and falling in the dark...I really need to find a light switch. 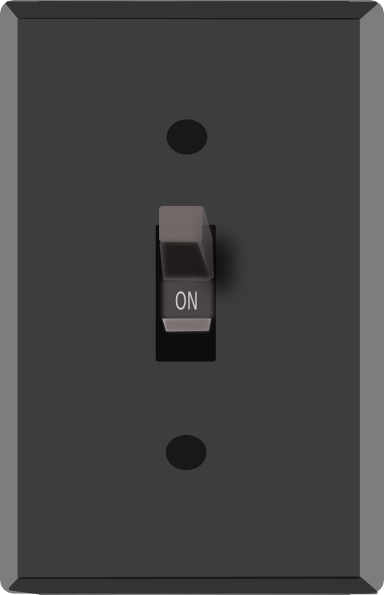 I will think of you when I do my sympathetic candle work tonight. Maybe you won't need a flashlight, just some soft candle glow.
Be strong
Be blessed.
Lorianna

When I read your entry, I almost said I feel you to the depths of my bones. I didn't want to sound cliche, but I want to let you know, I do honestly know where you are and how you feel. Jimmy was unemployed for over a year and we struggled more than I ever want to again.

They tell me things are bad during an election year, I can't remember it ever being this nasty. All I can do is try to be positive even though I know I'm spinning my wheels, and *hope* with everything the Goddess gives me for a better day tomorrow.

I love you Bella and you are always in my thoughts and prayers. I'll light a consecrated candle for you tonight as I do my evening meditation. I'm here...any time you need me. <3

I do not know you at all~I just read your blog & enjoy reading it & your recipes. I was actually coming to your site to ask a now ridiculous & crazy question about you coloring your hair. Then I read this. I know that saying that I am sorry & wish I could do something doesn't help much. But, know that I do & will be thinking of you & sending all positive thoughts your way. Sometimes we need to take life minute by minute & not day to day. As hard as it may be, have you considered going to a food bank? With the state of our economy too many families need them now, but that is why they are there. And WHEN you are on stronger footing you will be able to give back. I live in NY & aren't sure of what your state offers, but many utility companies allow payment plans & assistance. I truly wish I could do more than words, but just hold on minute to minute & hope that ALL those rain clouds disappear! Kec

Lorianna, no light is better than no light at all, and candle light suits me just fine :) Thank you.

Vickie, I love you. We seem to relate on a lot of things, and it is one of the many reasons I am so happy to call you friend.

Kecarr, feel free to ask me about coloring my hair, I will be happy to answer you lol. Distractions are most welcome. We have utilized a food bank, and I will admit it, I have no shame, we are on assistance, but I am up for renewal and they have 45 days to get back to me. It has been 30 tomorrow, so I still have up to 15 days to wait for an answer. It sucks, but they never get in a hurry, it is not them who are hungry, right?

Thank you so much for your support, I really appreciate it! <3

Make that candle light is better than no light at all, I got ahead of myself there lol...

So sorry you are having such a bad time of things right now. Hang on. Sometimes that is all we can do--just hold on. I remember when I was going through a bad divorce and I was losing it--literally--and one of my friends gave me a hug and said, "this is a season, Sweetie. It's a bad one and it sucks big time but, it WILL pass and the sun will shine again." Praying that your sun comes out from behind the clouds very soon.