The Vacation Chronicles: Room With A View

I am starting to feel like one of those friends who force their guests to watch slideshows of vacation trips lol...thank you to Lyon, Stag, and Ryan for your comments on my previous entries, nice to know someone was checking them out lol...

We did not spend as much time in the hotel this year over the span of two days as we did last year in a single day and night it seems, since we were free to roam without Alex. When we were in the room, it was usually later in the evening, and the second night the storms raged, the winds blew frigid and the clouds rolled over the full moon, cloaking her in dark trappings.

I did manage to get a few blurry pics of the moon, mostly in cloud cover, and Jack managed to get one single photo of her with only the thinnest of cloud cover. I also managed to get a brooding picture of the storm rolling in over the bridge we crossed to get to the hotel.

Everything in these pics were taken from the balcony of our room. 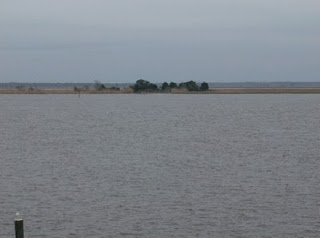 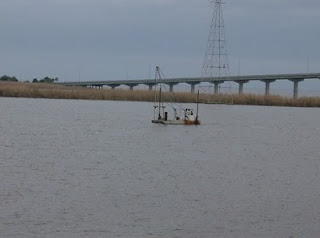 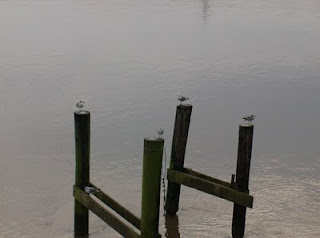 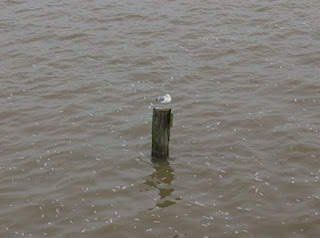 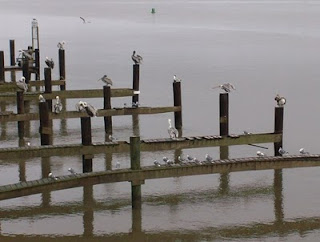 In the pic above, those tiny docks were built just for the birds to roost. Part of the bird sanctuary was directly across the river from us..... 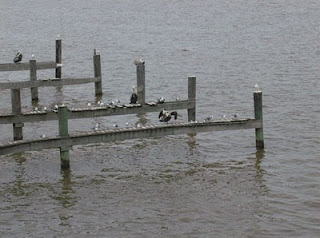 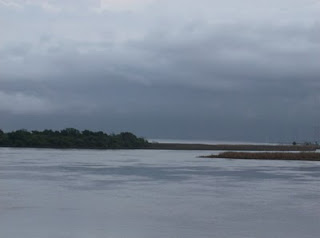 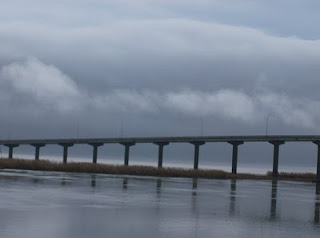 In the above pic, you could clearly see the storm front moving in. 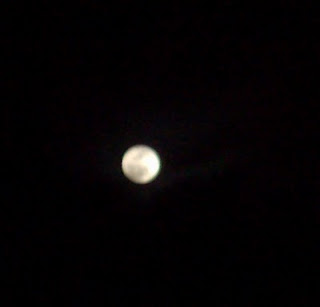 The above shot was the only "clear" shot of the moon I got. It is blurry because the flash made the pics really crappy, so all my moon shots look slightly surreal lol. 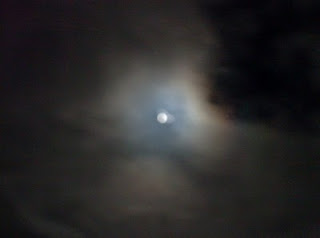 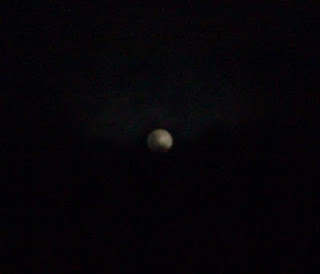 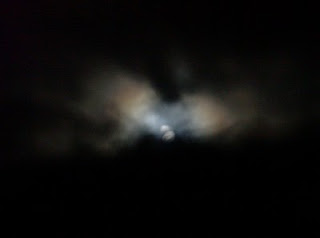 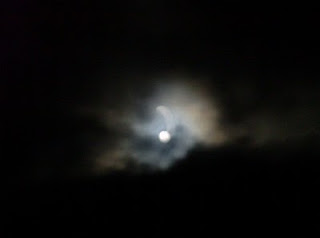 The pic above is the one from Jack's phone. I like the bluish tone it gave the pic.
I admit the views were not what most people consider magnificent, but I love storms, especially when I am not at home for it to possibly knock out my internet haha. Last year it was bright and sunny, but this year it was a rainy and stormy weekend, but that is ok...it did not slow us down and made for some awesome photo ops, like the stormy seas in my last post. 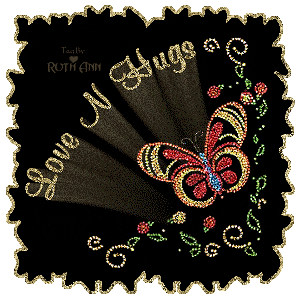 I love the pictures of the moon. I too can't help myself when outside with a camera at night to shoot her in all her glory.

I love all your pics! I was one of those rare people who loved slideshows.:P

Bring on the photos! ;-) The moon pics are fabulous - and the storm front moving in is really great too. I'm enjoying hearing about your trip - I can vacation vicariously through you. ;-)

Love the shots of the moon! (Hides from the slideshow, NO NO! NAWT AGAIN!) Lol, I'm joking... I agree with Lyon (surprise), it's like living a vacation through you that I can't have. *HUGS*

love the moon photos... I was not as fortunate to see it this month so it is nice to see any photos of it...

What could be better? Being in a hotel, no kids, a raging storm outside, and a nice cozy bed to snuggle in.

Sounds perfect to me. :)

My fave moon pic is the second one. It's gorgeous! I also like the one Jack took. The blue is neat!