Howdy folks. Sorry about the lull in posting, but things are gearing up into hectic overdrive here again. Jack was approved for his second back surgery and he goes in the 18th to have that done. So we are running around like crazy trying to get stuff done before he is laid up for several weeks again. The last few days have been filled with trips to the store, paying bills, conferences with Alex's teachers, eye doctor appointments, pre-op appointments, and what seems like 100 other little things.

I have been exhausted, and have just not had the energy or the words to write very much. It never fails, I get blogging ideas, for both posts and things I want to add or change on the blog itself, and something happens to distract me or keep me so busy I can not get to it. As I was telling a good friend earlier, I do not even get upset about it anymore, it is so predictable it is amusing at this point lol.

Today I got a rare treat. I was alone, totally alone, in the house for 6 hours today. Six whole hours, with NO one here but the dog. This is the first time I have been alone for longer than a half hour in months. MONTHS! As soon as Jack left, I deep cleaned the house, saged the hell out of it, all the while blasting my music at top volume and singing at the top of my lungs. I felt so much better when I was done, but the day has caught up with me, I am very tired tonight. But it is a good physical, I-accomplished-something, tired. I do not mind those types of tired a bit. I will sleep great tonight.

My day started off in a bit of a panic though. I have been so dang tired these days, for various reasons. It is all I can do to keep my eyes open past 8 PM these days, I have to force myself to remain awake. I went to bed at 9ish last night, and I woke up at 7 this morning, freaking out. I thought I had forgotten to set the alarm ( which I never do ) or that I had slept through it, and jumped out of bed, thinking I was horribly late and Alex only had 20 minutes to get up and get ready before the bus would be here. I did not even realize Jack was not in the bed with me. I flung the bedroom door open and was blinded by bright lights. Jack was in the kitchen, and Alex was sitting on the couch. She had been showered and fed, dressed and was ready to go, watching PBS Kids on TV. I just stood there, confused, but relieved. Jack told me that he was already up, so he just turned the alarm off and decided to let me sleep in since I have been so tired as of late. I thanked him, but told him I woke up in a panic, and he should have told me lol. He said "Well why would I wake you up just to tell you to sleep, that would not make much sense, and besides, I know you, if I had woke you up you would have gotten up anyway because you know how difficult mornings are for me.." ( He is very stiff muscled and has trouble walking in the mornings, because of his back and his pain levels ) He was right, I would have gotten up if he had woken me up. So I did get an extra hour of sleep this morning, that was nice, and the momentary panic went away very quickly. Then I got several hours to myself and a clean house to show for it, so I had a good and productive day.

So the next couple of weeks are going to be very crazy for me. I have phone calls to make, arrangements to be made for Alex ( thank goodness my Mom and Jack and I patched things up, as she is going to keep Alex the night of his surgery so I can get him home and we do not have to worry about her ) and get the house set up so he can recover in comfort. I will be at his beck and call for a few days after surgery, as he will hardly be able to move and will have to stay in bed, other than to use the restroom, so do not think I have gone missing if I do not post for a few days in a row, it just means I am super busy. You guys and gals are always on my mind though, so know that I will be back as soon as I can, and will post as I get the chance in between all this stuff I have to take care of!

If you all could spare some energy, prayers, rikki, lighting a candle, anything you can spare towards Jack's surgery and recovery going smoothly, I would most appreciate it!

Have a great week/end everyone! 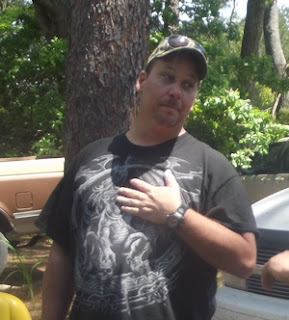 Written By Unknown on Wednesday, September 12, 2012