No Where to Go but Up: Dawning of a New Day

When I wrote last, ( I KNOW it has been almost a month but one of the things about this new life is that there actually is LIFE being lived. We stay pretty busy these days. ) I was sitting in my kitchen floor crying my eyes out because the long awaited settlement check had arrived.

It was about 2:30 in the afternoon and Alex would be home within the hour, so while Jack rushed around in a flurry of activity to get to the local bank that the check was cut from to try to cash it, I sat at home and waited on pins and needles. I got a phone call about two hours later saying that we were able to get a portion of the money today and the rest would be available within 7 to 10 days and that the light bill was paid. I cried some more.

Aside from getting something to eat and picking up a few things we had to have, we pretty much sat at home for the next two days, trying to figure out what to do next. We had money to spend and were too terrified to spend it, as living in poverty teaches you to scrimp and save and not spend anything because there is usually nothing to spend.

Before I continue with my story, I have to back track and explain something before I can move forward, and it is one of the reasons it has taken so long to write again. I knew this post would be heavy, hard to explain, and quite frankly, confusing to everyone. So please excuse me if I am less than eloquent as I muddle my way through this.

Jack is no longer Jack.

I could break down the last almost ten years of my life with Jack for you all, but that would be tedious. So, the Reader's Digest version is this:

Jack has always felt like he was a woman trapped in a man's body. I could see that side of him not long after we got together, but very few others knew. Growing up where we did, it was of course something that his family basically ignored or flat out forbid...so Jack had little choice but to squash that part of him. It was maybe a month after we got together that we started having conversations about it. He wore nail polish from time to time, that was something most people had seen. The first time he went a little more in that direction ( think guyliner ) he caught flak at work, so again, that part had to remain hidden to the outside world.

Once my Dad passed away ( the only outside person that Jack cared about was how my Dad felt about him ) and we had the means to take care of ourselves and no longer had to worry about being fired for it or anything like that, Dawn was able to come out in full force. Long wig, make up, female clothes, heels, the works. ( Jack will no longer be called Jack, unless I slip up, or a him or he, from this point on. Dawn, she, and her are what we use. )

The change in Dawn is amazing. She is such a happier person since she was finally able to bring out that part of her and actually live the life she wants, out in the open. Since I am sure some will ask, yes she has prosthetic breasts, yes she wants to have implants at some point, and no, she will not have the lower gender reassignment surgery done. For one, that surgery can cost over 40 grand, and there can be some serious risks which she is not willing to take. ( Besides, have you BEEN in public restrooms? No way would I give up the ability to pee standing up! )

Also, even though Dawn has always felt like a woman on the inside, she is a lesbian if we have to classify it. She does not want a man...she still wants me, and only me. Nothing on that front changed. What changed is the looks, the mannerisms, the attitude, and the level of happiness in her, and our, life.

We are all so much happier, and that is all that matters.

For about a month Dawn had been eyeballing a blue 2004 Mustang that was for sale by a private owner. A few days after we got the settlement in, we went and saw about the car. Dawn test drove it and loved it, so we bought the car. 40th anniversary edition. Say what you want about a Ford, we love this car. She is fast, and she is pretty and her sound system is amazeballs. Want to see? 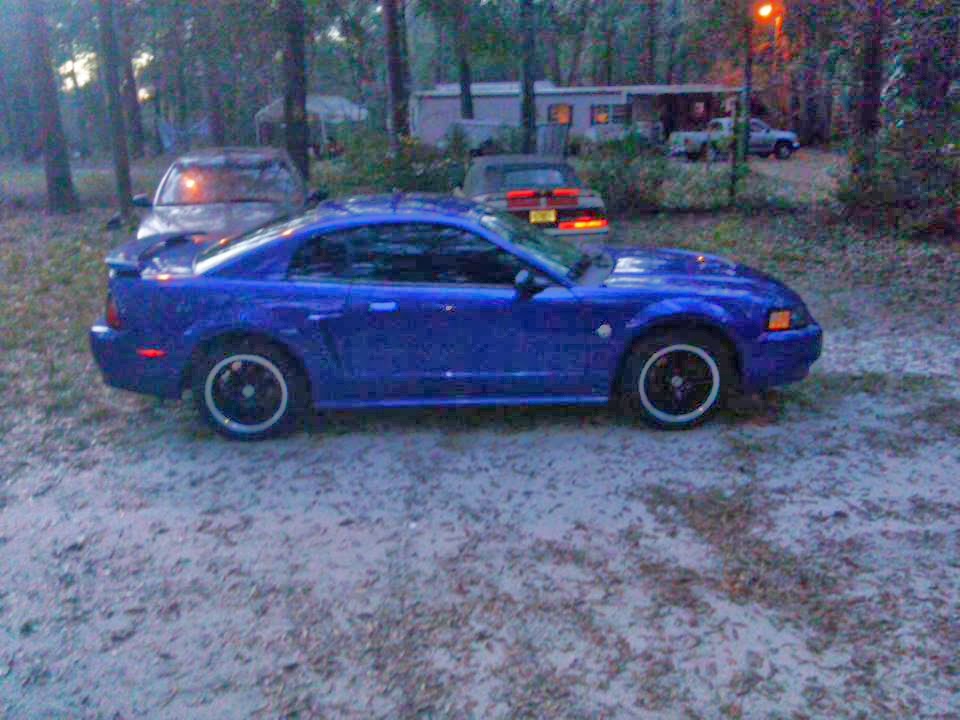 Isn't she purty? Her name is Sapphire.

* I took that pic while we were at a friend's house, showing the car off.*

We went shopping for some much needed new clothes for all of us, and went out to eat a couple of times.

I chopped all my hair off, and dyed it black. 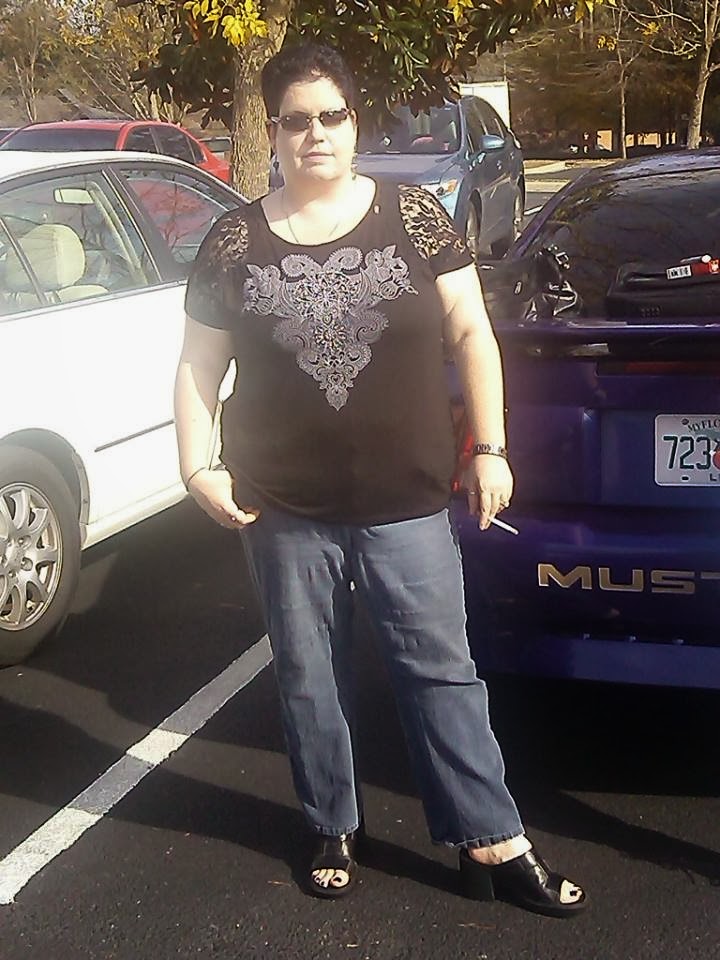 I felt particularly sassy that day...

Dawn went from being Jack: 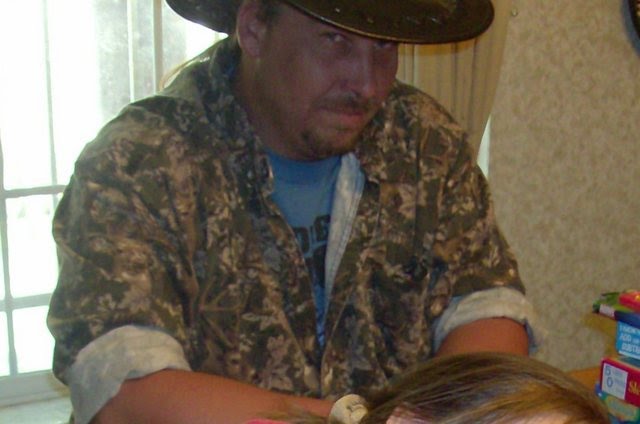 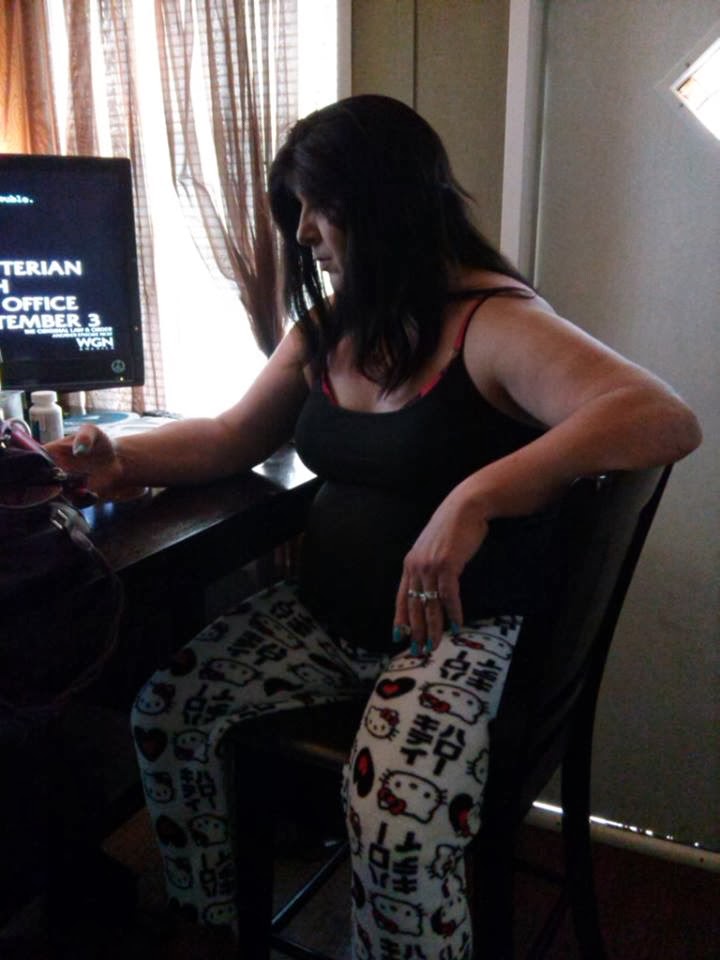 I find her even more attractive in her natural and happy state than I ever did as a mostly miserable guy.

I had surgery: A bladder sling was put in and I had an Endometrial Ablation. ( I had the one that uses electricity.) I also had two scopes done to check for anything odd since I have such a cancer risk on both sides, plus I already had cervical cancer cells removed. I am pretty sure they broke my hips. I did not really hurt on the inside, or even at my incisions, as long as I was careful. I could hardly walk for three days from the hip pain. I guess they had to keep them spread for some time to do what they had to do. This was done in November and it STILL bugs me from time to time...almost like arthritis had set in.


Moving on, our next step was to find a place to live. We had been looking at places for months. The only difference was we only had about half of the money we expected, so we had to scale our expectations down a bit. We took to the roads for a week straight, trying to find a place that was right for us. After several days of meeting with people to look at houses, finding one we liked only to find out it had sold the day before, and a speeding ticket, ( What? We have a pristine Mustang that will haul ass. It was bound to happen at least once. Not to me though, I have a perfect driving record and aim to keep it that way lol. ) we met a Realtor who did not have what we wanted, but knew a guy who did..so we went to find him and this house.

It was love at first sight. We knew right away.

We had found our Forever Home...

Email ThisBlogThis!Share to TwitterShare to FacebookShare to Pinterest
Tags: Dawn, Home, Jack, Life, Life Changes, Mustang, No Where to go but Up, transgender