The Waiting is the Worst...

We finally got to see Jack's surgeon on the 20th. We got some good news while we were there. They are going to go ahead and do surgery, but instead of a massive undertaking with hardware and who knows what else, they think they can go in and just shave some bone and the bulging part of the disc off so the nerves will not be all compressed. That will stop the pain and stop his leg from giving out on him.

They gave him a surgery date of Tuesday the 28th, but of course workers comp can not do anything that quickly, so it will probably be a few days after that. We had to go in for pre-op yesterday. He had to fill out a bunch of paperwork and have blood work done and all that good stuff. They gave him a special soap that I have to wash his back in the night before and the morning of the surgery. I have not really looked at it but I assume it is some kind of antibacterial soap.

Poor Jack is scared, he has never had surgery before, never been put under, so he is very nervous about it. I will be glad when they finally do the surgery because then he will have something concrete to focus on...healing...instead of speculating on all the things that might go wrong. I have had a handful of surgeries so it does not bother me, and I forget that someone who has never had one would be scared.

The other bit of good news is, that after the surgery, he will have a couple of weeks of healing, and a few weeks of physical therapy, and then he can go back to work doing the same thing. He was afraid, because the first doctor, who was not a surgeon, told him he would probably never be able to go back. The surgeon said based on what he can see, after the surgery and regaining his strength, he should have no problem going back, as long as he keeps in mind that he can not be catching transmissions if they fall lol. He told Jack " Don't worry, the floor will catch them just fine!" Cracked me up.

So here in a few days he will be on the road to being fixed, and soon he will be able to return to work and I will get the house to myself again during the day. I love him being here, getting to spend so much one on one time with him has made me very happy, but it has also made me realize just how important my alone time was to me. Considering I have not been alone for more than two hours since August of last year, I am LONG over due for  some serious ME time.

In other news, I have been painting like a madwoman. Doors, trim, walls, cabinets. You name it, and it has probably gotten a coat of paint in the last few days lol. I am still not finished. I decided my bedroom needs another coat of the sapphire blue. One coat is not dark enough, the white wall behind it lightened the color. I went over a few of the lighter spots with another coat and it darkened it up, so I think another coat or two is in order to make it how I want it. I also have to do the trim in the bedroom as well. I am enjoying myself, even though I am tired at the end of the day, it is an accomplished tired, which is the best kind.

I changed the name of the blog, and the layout, finally. It was hard to pick a name. The ones I came up with just did not flow well, and Perth came up with a great one, but it was already taken by another blogger. I decided on Tales of the Wolf Queen because of my lifelong totem, the fact that Jack is the Nightwolf, and my kids are my cubs. We are a family of wolves, and I am the Queen of my domain, so it seemed like the right name to choose.  I am still working on the layout, and I updated the Facebook page. I am trying to be more active over there and make it more interesting, so come check it out HERE and if you are interested, "like" it and share it if you are so inclined.

I have a doctors appointment myself on Monday, to see if those two weird spots on my ankle have healed. The ones that were to small to put hardware on. I certainly hope so because if they have NOT, then I might have to go have surgery again and to be honest I rather cut my foot OFF than have to go through that mess again. No thank you. So hopefully progress has  been made and I will not have to go through that ordeal.

I think that sums it up for tonight. It is getting late and I still have to clean the kitchen before I can go to bed. The Daytona 500 is SUPPOSED to be tomorrow, if it does not get rained out. We are having Perth over and going to fix some yummy food, so even if it does, we will just watch movies instead. So I have to get to it so I can get up in the morning and cook! Enjoy your Sunday everyone! 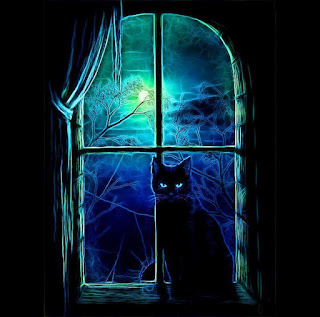 That is such great news for Jack!! I hope a little shaving is all that ends up needing to be done to his back!!!

I love the new name of your blog and the redo!! :) And I'm so sorry that Jack has to go through what he's about to face but it does sound like a positive outcome and we will worth it. I wish him the best!