Good Monday Morning everyone! I hope your week is kicking off to a great start!

Arnebya over at What Now and Why made a great post this morning called What Do You Remember From Kindergarten?

It is a great post and you all should go read it. I will wait.

Back now? Did you guess who all  the pictures were? Yeah, I had no idea either.

Anyway, after reading that, I started thinking about what *I* remembered  from Kindergarten. I have a really great photographic memory, so I remember quite a bit. I would post a pic of myself back then for you all, but my parents very seldom took pictures of me growing up. I only remember a few times and I do not have any of them. My Dad hated having his picture taken, so maybe Mom could not justify the expense of a camera? I don't know, but it is the reason I take a ton of photos of Alex. I don't want her to not have any pictorial memories from her childhood.

Where was I? Oh right, kindergarten memories.

My teacher was named Mrs. Hall. She was a great teacher. I remember nap time, and hating it. I remember wearing my little blue sailor dress with the white trim and the pleated skirt, and spinning around  in the middle of the room before class, and my friend Anthony ( who later I found out he was gay, which makes this story that much more amusing to me ) was totally scandalized one morning and said he could see what color undies I was wearing. I glared at him and told him to stop looking, and kept right on spinning until other people starting showing up to class.

I remember this one kid who scared the hell out of me. I think his name was Tavares and he was 9 and over 5 feet tall and still in Kindergarten if that tells you anything. He had this obsession with me and would follow me to the cubby room and try to hug me and feel on me. Later, in 4th grade, after he would finish his lunch, he would eat his milk carton.

I remember meeting Joni, the gorgeous creature in the picture below...who became my best friend, and has been my best friend for the last 27 years. 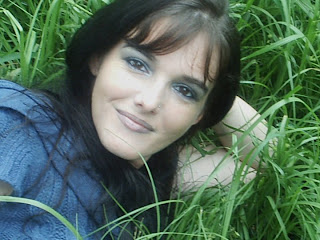 I remember getting really sick and missing like a month of school. I remember the 200 make up pages I had to do when I got back.

I remember having to go to Mrs. Cunningham's class for music or art or something...and disliking her.  She reminded me of a wasp. Very pinched and skinny and sharp tongued.

I remember being terrified of Coach James, our P.E. teacher. He was huge and made us run entirely to much.

I remember the way the bathrooms smelled. It was not pleasant.

I remember spinning around one of the poles that held up the covered walkway roof, trying to impress the older brother ( who was in second grade ) of the guy who saw my undies, and landed in a puddle of mud right in front of him. He did not even help me up, he just laughed and kept going, but his brother helped me up.

I remember the other girls (I grew up in a mostly black community) touching and pulling my long red hair to see what it felt like.

I remember one boy sliding a piece of notebook paper over against my arm every day, to see if I was as white as a sheet of paper.

Really though, I have some great memories from that year, it was a lot of fun most of the time, and I made a couple of lifelong friends in Kindergarten that I am lucky to still have with me today!

Do you remember kindergarten? Tell me about it in the comments. 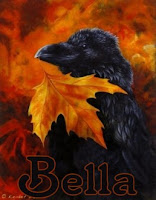 I was a deprived child... I didn't go to kindergarten. Honestly I don't know if they even had kindergarten that far back? If they did I don't think it was required like it is now.

Jack did not go to Kindergarten either! He was living in Arizona at the time and back then it was not required! I actually know several people who got to skip it, so you are not alone!

I remember nap time in Kindergarten. They don't have that anymore.

Alex still had nap time when she was in kindergarten ( she is in 2nd now ) and she was PISSED when she got to first grade and they did not allow naps anymore. She even tried to sneak her old nap mat to school one day. Not sure how she thought I was going to miss it exploding out of her backpack, but she tried. She wanted a nap! Can't say I blame her lol.

I was a bit of a wild thing in my kindergarten years (guess not much has changed, huh?). I got in trouble all the time. Mostly because I argued everything and asked too many questions, which most adults considered impertinent.

Once, I squished the banana of a boy who refused to share it with me. I know, horrible. But don't worry, my third-world kindergarten teacher got even by making me kneel on uncooked rice under the roasting Caribbean sun for a while. The good old days... lol