All tricks, no treat.

So it seems every time I commit myself to these blog events ( like NaBloWriMo, 30 days of truth, etc ) something major happens and I am unable to write as I should...so I do not think I will "officially" do them anymore, I will just write and maybe it will all work out.

Yes, I have been gone for a few days again, but for good ( well, bad ) reason. My oldest friend, 27 years of friendship, was rocked to the core a couple of days ago. My 33 year old best friend J went to bed one night, and when she woke up the next morning, she had lost 15 to 20 years of her memory. She woke up and knew her husband, but did not know where she was, who her children were, her sibling in laws, her nieces and nephews, none of them. Any friends she made over the last 15 years, gone. Her church, which she was very active in, gone. Poof. I have been thanking the stars that I have been here for 27 years, because she remembers me, but to her, it is 1997-98 and I just recently had my oldest daughter. ( Who is now just a couple of months shy of 15 )

She had been diagnosed with pneumonia and pleurisy the day or two before, and they put her on a pain med and Ambien at night. A 10 mg Ambien. She weighs like 95 pounds, and is only 4 feet 10 inches tall. She is tiny. My Mother, who is about 180, only takes TWO mg. SO 10 is much to much for someone J's size. Anyway, she did not lose herself, I mean she knows who she is, her parents, her siblings, her husband and anyone who was in her life back then. Just no one or any events from the last 15 to 20 years. Her husband took her to the doc and they thought it might be a combo of fibro fog and the mega dose of Ambien, and since she was lucid, functional and still had her faculties about her she was sent home to basically ride out the meds.

Late that night she woke up in severe pain and thought she was having a stroke. So she and her husband went to the hospital, where she had CT scans of her head and the whole nine yards done. Her brain is fine. No stroke, no tumors, no aneurisms, nothing like that. Her bloodwork came back fine. So they diagnosed her with Retrograde Amnesia, which basically means they have no clue why her mind went on a vacation, and the mother of all migraines, which they gave her a shot for. They told her it is most likely temporary, but to be prepared because there was also a chance it might never come back.

I have been on the phone for two days straight. Back to back calls, callers beeping in while I was already on a call, it was bedlam. No one had any concrete information and we were all going nuts. I finally got to talk to her myself on the second day, she called me ( thank goodness for cell phone phone books lol ) and it was all I could do at first to keep it together. I was so terrified she would call and say " I am sorry, I do not remember you.." I would have died a thousand deaths had that happened. I spent an hour basically trying to give her the readers digest version of MY life over the last 15 years and I thought to myself as it was happening " Jeez...having to explain this to what is essentially a stranger as far as my life goes makes me sound so horrible...she is going to ask herself why in the hell was she even friends with me" and it scared me because she was right there through 98% of it, she understood...so now, she did NOT understand and I must have seemed like a friggen train wreck to her. Which, I guess, for a while I was...but she does not even remember how pivotal she was in my life for so many years. I mean she helped me when I bottomed out on cocaine, she and I lived together for a while, we were pregnant together ( her first and my second ) and so many other battles and victories, and she remembers none of it. I shudder at the thought of what she must think of me.

On the upside, she is exactly as she was before life got stressful for her..which makes ME think that her illness combined with the meds and the stress she was under ( she home schools her three kids, 12, 10, and 6, very active in church, she is the glue for her family, which included all her siblings and parents and in laws and nieces and nephews ) just made her mind say " Okay, time for a little break, lets go back and party like its 1999 " Prince sang about it, but she actually did it lol. It has been, for me, AWESOME to talk to her over the last few days. She is back for lack of a better term. SO much has happened in just her life over the last decade, things that changed her, and now, to see her quiet calmness, that FIRE back in her voice and words...I actually felt the need to apologize to her last night because I knew I sounded almost gleeful that this happened..and of course I was not, I am devastated that it happened, but since I could not change what happened, I was loving what I was hearing. She was not so jaded and cynical and waiting for the other shoe to drop ( which is a feeling you all know I can relate to ) she was almost vibrant and strong willed and ready to kick some ass and get things back to the way they should be, even though she could not remember why they got so bad in the first place. I do not know whether to laugh or cry when I talk to her lol. I am certainly not sad, since she does remember me, but I am heartbroken for her kids and nieces and nephews that she does not remember. I can't even imagine how they must feel, and my heart goes out for J as well, because she has to watch all these little people she loved, three of which she gave birth to, and knowing intellectually and in her heart there is a connection, but she can not remember it. Not to mention those friends she does NOT remember, such as P, whom I talked to for quite some time last night. In all the ruckus and being on the phone all the time, I forgot to let a few of our mutual friends we have made over the last decade or so know and so I have been doing that. P to her is sort of like a male version of me, he is also her best friend, in a different way because their history is different than the one she and I have. He was stunned to say the least and was doing his best to wrap his mind around it.

It has been so surreal.

I do not know if she will come out of it or not, but I am hoping and praying she does...and if any of you wonderful people wanted to add your prayer, healing, candles and energy to the mix, we would all be eternally grateful. I will tell you a secret though. I am praying for her full memory to come back, but I am also praying that when she does get it back, she keeps that fire that has been long absent from her mind.

So that, in a very small nutshell, is what I have been doing over the last few days. There is more things happening in the background of my own life, but none of those are anything major, just day to day stuff.

So until next time, keep my friend J in your heart and mind, as well as her family. It is much appreciated.

I leave you with a pic of the beautiful sister of my heart: 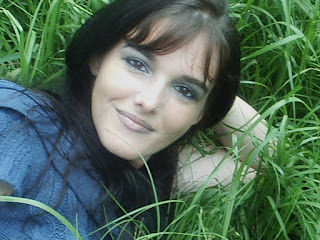 Wow....you know, I read and watch about these things happening. It's so surreal when it does happen to someone you know (or a friend of someone you know). I will keep her in my thoughts that she recovers her memory and still keeps the fire that you love inside her. Many blessings and lots of love to all of your friends, family, and loved ones.

Such a beautiful lady to have this happen to. I am truly keeping her in my thoughts and prayers everyday. Just hold her tight Bella which I already know you are doing, keep her tight and all will be good.
My heart really goes out to this woman and her family as well as you sweet one.
I am honored to be able to read your words of passion and pure love about your friend.