I had a mini venting session over on the Facebook Fan Page this morning. I wanted to keep writing, but it would have turned into a blog post there, so I decided to save it. Since I wrote that this morning, lots of things have happened and I no longer feel like venting as much.

I woke up on the wrong side of the bed. I was tired, and I always seem to be tired these days, no matter how much I sleep. We have been on the go all week, I have one hopeful break of sorts tomorrow, then it is busy all day Friday and Saturday, with hopefully some rest Sunday before the week starts all over again.

I have been feeling really down these days. I am in the middle of a down cycle ( I am bi-polar, for any new people that might be around ) and that makes everything twice as hard to deal with. All I want to do is sleep, but I sleep so hard when I go to bed, I seem to wake feeling more tired than when I went to bed. All the extra things I have had to do for Jack over the last month have been adding to it, even though there is not much to it, but for some reason simple things like taking out the trash and feeding his outside dog ( two things he usually does ) have been irritating the hell out of me, and I do not know why. Alex has had major attitude, ( which is probably because of OUR attitudes ) and it just seems like every little thing is a HUGE deal.

I think a lot of it has to do with this weekend, and the scattering of my Dad's ashes. I know that I have healed some since my Dad died...but as hard as this is hitting me, I know I am not as healed as I was telling myself. The closer the day gets, the crazier I seem to get. I am hoping that after Saturday, with the final scattering no longer looming in my mind, when it is all finally over...I am hoping that I can finally put the pieces back in place, the ones that are all wonky.

Jack and I got into a HUGE fight on the way in to town for his follow up appointment this morning. I admit, it was mostly my fault, as I was in a bad mood the second I woke up this morning, and the fact I was still having to take the trash out seemed like it was akin to me having to move mountains. All it took was him asking me what my problem was, and I went off like a volcano. We fought all the way to town, and I got it all off my chest, and made him understand why I have been so nuts, and he apologized but told me I had not been making things easy myself...which is true, I know. By the time we got out of the doctor's office, we had cooled off and then talked without yelling, and got the rest of it out. I know some people think any time there is yelling in a relationship then it is bad and unhealthy and should end, but I think that is bullshit. If ALL you do is fight, then yeah, but we hardly ever, ever fight. When we do though, it is colossal. Then one of us will make the other laugh, we crack up and it is over, then we talk it out. But those 10 or 20 minutes of yelling are a huge stress and tension reliever, and 9 times out of 10 we do not make it personal or anything. Some of the problems we have are not caused by us, they are due to circumstances beyond our control, and that yelling helps, because we can not yell at his back, or my ankle, or the bills, or the cost of gas. When we "fight" it is usually a way we vent at each other. We always feel better afterwards, and many months will go by before it happens again. So that is over with.

The doc told Jack his was allowed to get out of bed and start doing things again. He no longer has to lay flat of his back constantly, and he is sending him to Physical Therapy as soon as Worker's Comp approves it, so that is good. Now he can take the trash out, and feed his dog, and all the other little things he stopped doing, taking the stress off of me, which is great. I know that sounds pitiful, it is just a little trash and feeding the animal..but in my current mental state...it was a big deal, because those little things added up on top of all the other 400 little things...and I have felt like I was cracking at times under the pressure of it all. Any one who is bi-polar or manic depressive knows that when you are in a down cycle....simply having to breathe is sometimes enough to make you want to crawl in bed and hide for a while. Little things are just to much to deal with. This is one of the longest down cycles I have ever had and it could not have come at a worse time in my opinion, but it is here and I have to deal with it as best as I can. I have commitments and things to do, and as much as I might want to give myself some time to deal with everything until I come out of the cycle, I can not do that this time. So I keep chugging on...just more slowly than I normally would. I was going to do NaNoWriMo next month, but if I have not come out of the cycle by then, I will have to skip it.

Tomorrow is the ONE day this week I do not have to leave the house, and I have some heavy writing to do. I have a deadline fast approaching and I feel terrible that I have not finished it yet. I have other writing projects that do NOT have a deadline, but I am still behind according to my personal deadlines I had for these things. So yeah, tomorrow is writing obligation day.

I guess I ended up venting anyway, didn't I? I guess sometimes we do not realize we NEEDED to do something until after we have already done it.

So anyway, that is why my posts have been lightweight, and scatterbrained, or very short. This week has been pretty crazy in more ways than one.

I am really hoping after this weekend I can get myself back to normal. I miss me. 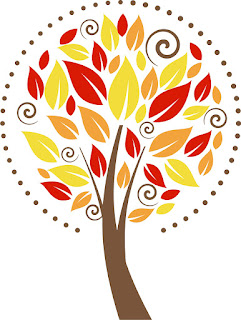