This is one year I am looking forward to saying good-bye to. It has been one of the most difficult in my life, which is saying something.

I have decided to do a year in review, which I have not done in my 4 years of blogging. Some of the dates are fuzzy, but I will try to do a monthly breakdown and send this year on it's way.

January: Both a good and bad month. I no longer remember exactly when I learned Dad had cancer, I think it was December of 2011, but it hit home in January. Jack was at home, as this was a couple of weeks after his back injury, and it was nice to have him all to myself. We got our income tax in at the end of the month, and we threw ourselves into doing things around the house before Jack was to have surgery. My eldest daughter turned 15.

February: Also not a terrible month. More home improvements, Jack and I spent a lot of quality time together, and aside from trying to adjust to less money per month, things were pretty good.

March: Jack had his first surgery, and it might have been in February, but Dad started chemo around this time. Jack had a hard recovery. He had never had surgery or anything like that in his life, so the pain was like nothing he had ever experienced before. He became depressed.

April: Jack continued to heal slowly. Dad's chemo was working, but made him very ill. Mom celebrated her birthday, and I took her out to dinner, just she and I, to give her something special just for her, as she has been running so hard taking Dad to all his appointments, trying to work, and take care of Dad. We had a wonderful dinner. Jack, Alex and I spent Easter with wonderful friends, and had a great time.

May: My birthday month. Mom cooked dinner and made me a cake and we celebrated as a family, but I was depressed. Jack was in as much pain as before the surgery, and physical therapy was not helping. I went with Mom and Dad to a couple of his doctor appointments, and we went out to lunch afterwards. Looking back, I am so glad I got the chance to do that. Dad was in and out of the hospital with complications from his chemo. He contracted radiation pneumonia, and was in the hospital for a week or so, before entering a physical rehab place to try to learn how to function again. School ended.

June: The first week in June, my Dad's breathing crashed while in the rehab facility. They rushed him to the hospital, and my Mom called me and told me the outlook was not good. My Mom and teens spent the next 6 days at the hospital, and I spent as much time as I could there myself as well. The last time my father spoke to me with any clarity was on June 4th. I am glad that the last words we said to each other were " I love you" and " I love you too." Those were not words we used often with each other. Not that we did not love each other, we were just not the outward expressing of emotions type. I spent all night up there with him on the 8th, and I got to hear the last word he ever spoke verbally, to my knowledge anyway. One final flare of clarity before sinking back into unconsciousness. I do not think he said anything after that, but I may be wrong. Jack and I went to see him on the night of the 9th for a couple of hours, and we said our goodbyes. Alex woke me up at 4:40 the next morning,on the 10th, saying something woke her up, she felt like someone was in the room with her. I tucked her back in but knew he was gone. Daddy died at 4:46 AM on June 10th. I am not sure if it was at the end of June, or the first of July, but my 19 year old cousin died from cancer. I joined the team over at Planet Buddha as a contributor.

July: We were all learning how to live and eventually carry on with our lives with Daddy no longer around. It was hard. My nerve issues, with my jaw and my hands, started to get noticeably worse. I started having trouble sleeping, and I was having pain in my legs. I rekindled a friendship, and I am so thankful for it. I attended my cousin's wake with my Mom and the teens. Jack went back to the doctor and had another MRI. His disc had blown out again,which is why he was in so much pain. We started having money issues. I battled a deep depression over losing my Dad.

August: We had to have our phone lines replaced, and shortly thereafter,we started having power surges in the house, like a brown out. We called our landlord and it took the better part of two weeks to get it totally fixed. There was a rift in the family for a while, and it was terrible for me. I started two new segments on my blog, Ten Things Thursday, and Foodie Friday. ( Which will resume again next week! ) I brought my portion of my Dad's ashes home. At the end of the month, I ended up in the E.R. for my nerve issues, and was told after many hours of being poked and prodded that they wanted me to see a neurologist. I did and was told they think I might have early onset of Parkinson's disease, but I needed a full neuro work up and that was over two grand. I did not tell anyone about it. I did not want any one to feel sorry for me, and I did not want to add to my family and friend's burdens that we all seemed to be carrying so much of. So I just kept quiet and wondered how in the hell I was going to get two grand, when we were starting to get into a very dire situation with bills. Jack and I started missing meals so Alex would always have enough. My son turned 14. Alex started the 2nd grade.

September: I was approached by a good friend about joining a project called Samhain's Sirens. I agreed and  met some really wonderful people I am now proud to call friends. Jack had his second back surgery, which was much more invasive and intense than the first one. I pretty much banished him to the bed for the next month, so I would make damn sure he would heal properly and in no way mess his back up again.

October: The Samhain's Sirens project started! NaBloWroMo started! So much writing started lol. I was approached by an author to do an interview with him for his at the time upcoming book. ( Which I have yet to receive the signed copy I was promised. ) My baby girl turned 8. I won a couple of sweet giveaways from the Sirens. There was SO MUCH WRITING lol. We finally scattered my Dad's ashes.

November:  Our money situation has reached critical mass. Everything was in danger of being shut off. We had exhausted every local resource we had. Jack contemplated lying to the doctor at his next appointment so he could go back to work so we would not be in the situation we were in. I begged him not to do that, and thankfully he listened to me. I got to watch my oldest friend in the world give birth to her gorgeous baby girl. I even got to cut the cord. It was the most amazing thing. Alex and I got very sick, and had to miss Thanksgiving, but my wonderful Mom brought us food so we would not miss dinner at least. I broke my toe in a freak accident here at home.

December: Finally, this brings us to December, which is over in just a couple of days. After the first half of the month paralyzed from stress, I ended back in the E.R. in agony. I have written about it a couple of posts ago, so I will not rehash, but they put me on Nerontin and it had helped me so much. I finally announced to the world at large that we were in serious need, and about my possible Parkinson's disease. I started a fundraiser, which is still active, so if any one could help there is still time. ( See the Give Forward button on my sidebar ) Thanks to a few wonderful people, we ended up having a decent Christmas, and now it is all over with. The new year starts next week and I am going to do everything I can to make sure it is a good one. I will be writing about my plans the next time I post. Things have to change.

So there is the readers digest version of the last year. A few bright spots, but a lot of heartache and bad things too. I am so ready to put this year behind me and start fresh next week.

Are you ready to see this year end? 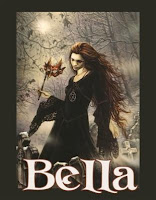 May 2013 bring you health, joy, peace, happiness, success and an abundance of wonderful things, my friend. You totally deserve them! Hugs!