The Crazy Witch Goes to the Movies!

Boy if this keeps up, I am going to be to wore out to enjoy my vacation! Jack took off work today so we could run some errands we would not otherwise have time to do before we leave Friday, and once we finished those we decided to go see The Book of Eli with Denzel Washington. It was a special treat, as Jack and I have not been to the movies since not to long before Alex was born 5 years ago, and the last time I went to the movies myself was back when An American Haunting was in theaters.

Jack and I both thought the commercials for the movie looked interesting, and it just so happened to be starting 10 minutes from when we pulled up to check the times, so we went for it.

3.hours.later. I fairly ran for the door when it was over. The movie itself was not bad really, but let me tell you, the previews you see on TV are the best scenes in the movie lol. The story is VERY slow moving, and drags on and on, while not really telling you anything, and then boom your at the end, which was anti climatic and left you sitting there thinking : " Did I really just sit for almost 3 hours for THIS??"

I highly recommend waiting for the DVD and renting it before you run out and buy it. I have to give props to Mila Kunis however, as she played her part well and I think she was gorgeous in the movie. It was nice to see her in a serious role instead of in her superficial whiny bimbo role as Jackie on That 70's Show.

Also, to the AMC movie people...not everyone is a size 2, how about making some seats that bigger folks can fit into without compressing vital organs and having to prop my boobs in a cup holder, k thx bai.

Before all that we were at a pawn shop looking for ammo for the 7.62x54 Nagant I forgot to mention I bought Jack over the weekend from the gun show, and I found a ton of DVD's I wanted, and got like 6 or 7 of them. Monday when we went to replace my defective PS2 game for another one I found six Star Trek double disk collectors edition DVD's which made me have heart palpitations. Yes I am a huge Trekkie thanks for asking lol. So now I have 7 of the 10 movies, and will be getting the final three off Amazon when we get back from vacation.

Which is only 2 and a half days away now, WOOT!

We went out for dinner and I happily realized that I have not had to cook in FIVE days which is unheard of. That changes tomorrow however, because unless I just HAVE to, I refuse to leave the house lol. We have been going for 5 days straight and I am wore out! Tomorrow I start on laundry and some cleaning, and same for Thursday so it will all be done when we leave Friday and I wont come home to a messy place.

I really have to rearrange my bathroom tomorrow as I have bought more lotions and hair care products and shampoo and conditioners I only get once a year so I buy enough to last me a few months, and my shelves and sink are covered in bottles at the moment lol..

Jack: Do you REALLY need 3 bottles of foot lotion?

Me: YES, you KNOW I have a lotion obsession, shut UP! Lol...

Trust me folks, every drop of lotion in this house will be put to good use lol.

SO, the next two days will be filled with cleaning and slowly weaning my inner hermit off the Valium I have had to dose her with to keep her from sitting in a corner screaming. ( Don't worry, it is imaginary Valium for my semi imaginary inner hermitess lol ) The poor gal has been severely traumatized over the last few days lol.

I hope you all are having a fab week and I might get to squeeze in another post or two before I head to that private balcony overlooking the ocean.... 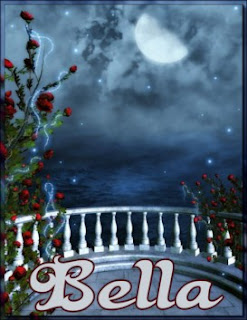 thanks for the review.... was thinking about going to see the movie yet will wait... have lots of fun on your vacation... enjoy every minute of it... as I am sure you will.... you deserve a little R and R

Oh, I am so a lotion whore! I would rather buy nice smelly things than clothes! Which reminds me...I need to buy some clothes...

I never seem to have lotion in my house... which sucks cuz it's the middle of winter and my skin gets so dry. Thankfully, it hasn't been bad this year.

Glad you got to get out and enjoy a movie together, you guys are such sweethearts, you two make me go AWWW. =)

I've heard the exact same things about that movie from several people. I'll definitely be waiting for it to come out on DVD.

Sounds like you've been very pampered lately, and that's a great thing. Enjoy every moment!